The Cathedral of Palermo

The Cathedral of Palermo, one of the oldest churches of the city, is dedicated to the Assumption of the Virgin Mary. The main characteristic of this beautiful architectural complex is the presence of many different styles, due to many restorations and additions made from its early days till the 18th century.

The first church was erected in 1185 on an earlier Byzantine church which had been turned into a mosque during the Saracens’ domination, in the 9th century. Of this first medieval building only e few elements still survive today. The rest has been changed and covered by new architectural elements added during the next centuries.

In the early 15th century, Master Antonio Gambara added the beautiful porch, one of the most rich examples of sicilian art, which remarks elements from the Gothic style of the Catalan architecture. 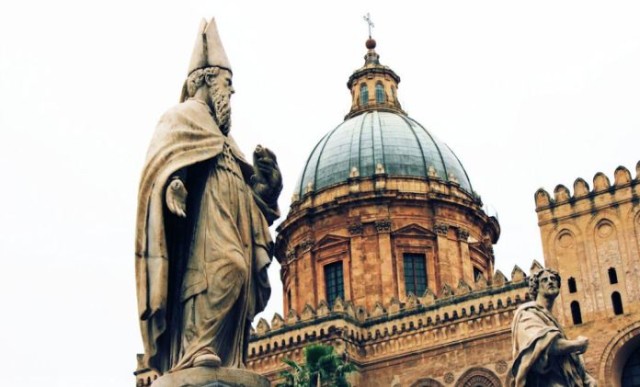 In the 16th century, a huge complex of statues was designed by Antonello Gagini to enrich the main apse of the Cathedral. Its completion required over 50 years and was completed by his sons. Unfortunately, a major renovation started in the late 18th century, required its destruction, even if many statues were saved and located outside, surrounding the building.
This renovation, canceled most of the primitive architectural elements to obtain a more “modern” style, moreover, the huge dome built on it required many modification in order to sustain the weight of this new element.

Inside the Cathedral, there are several sarcophagi which are the royal tombs. Here are the rests of Frederick II of Hohenstaufen, Constance of Aragon, Roger the II and a few other members of the medieval Sicilian royal families.

The Cathedral of Palermo is more than a church. It has been witness of the long history of the city and the many different styles are a clear evidence of the changes in the art and architectural trends during the centuries.

In 2015 this Cathedral, along with 8 other Norman buildings, has been declared a UNESCO World Heritage Site. 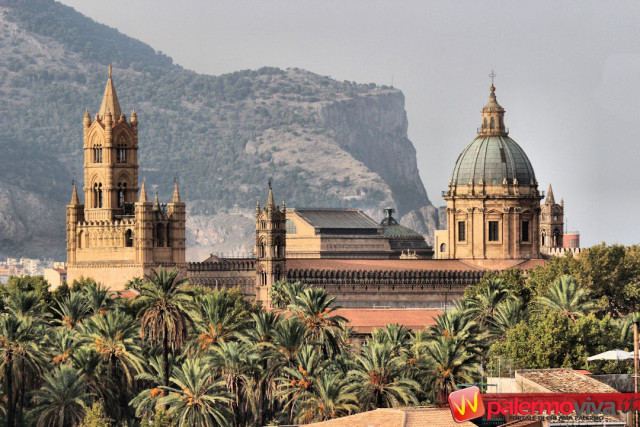