The Oratory of San Lorenzo

The oratory of San Lorenzo takes its name from an older church on which it was founded in 1569 by a company of Franciscan friars who, initially, had taken on the task of burying the less well-off dead in the neighborhood of Kalsa.
Inside the oratory, located next to the church of San Francesco d’Assisi, there are those that are probably the most beautiful representations made by Giacomo Serpotta. The entire sculptural complex is balanced and the figures represented are graceful and plausible. The interior walls of the naves are occupied by some main statues, depicting the Virtues, surrounded by myriads of putti with different attitudes that take up the theme of Virtue which frame them. Under each window are represented episodes from the life of St. Francis on the left and episodes from the life 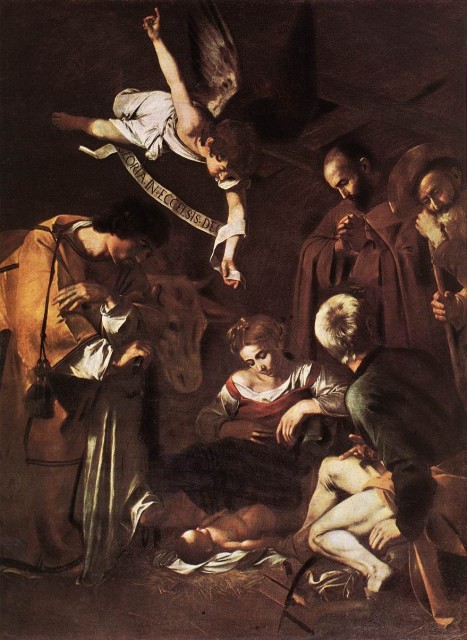 of St. Lawrence on the right. The back of the nave is almost entirely occupied by the scene of the Martyrdom of San Lorenzo, an authentic masterpiece of its kind. On the altar two angels surround one of the most beautiful and important paintings that Palermo has owned, “The Nativity of the Lord”, painted by Caravaggio in the summer of 1609 (or more probably around 1600 in Rome) and unfortunately stolen in 1969. Although the space once allocated to the canvas is occupied by a copy of the same size, the artistic void left by the work remains unbridgeable.
Finally, note the seats along the side walls of the aisles, widely decorated and inlaid with various themes.