I intended to write about everything that I loved and didn’t expect to find in the unique city of Palermo, but holiday pictures and tales can be a bit mundane, no matter the enthusiasm or quality of selfie. So here’s a few points I’ve laid out to better inform anyone visiting the capital of Sicily to leave you better prepared for a unique way of life.

Bus’ are the easiest, most reliable & cheapest way of getting around. You can only really buy tickets in a ‘tabacchi’ (where they sell cigarettes & scratch cards), which aren’t open at night, and your ticket will only be valid if you insert it into the machine on the bus to stamp it. If you stamp it… There are rarely ticket inspectors and you will probably go your whole trip without seeing one. Don’t expect to be able to buy a ticket from the driver either.

Picking up the cheque 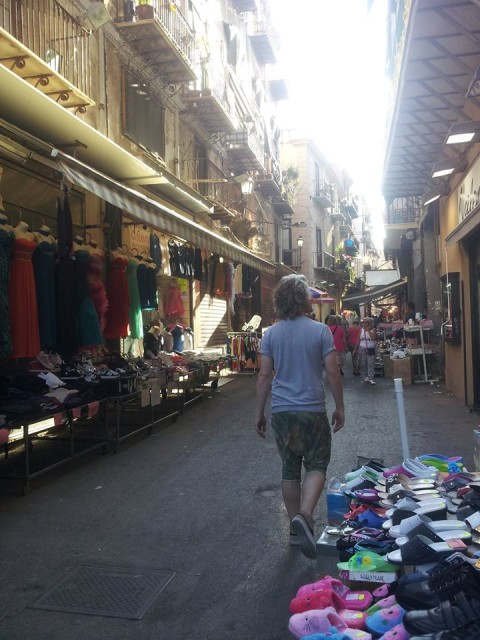 When visiting a cafe or ice cream shop or anything alike, its rare for you to pay the person that serves you, regardless of the size of the place. You will be given a receipt & will be expected to make your way to another member of staff who will charge you. Don’t walk out after being given a receipt thinking that you’ve gotten away with a great heist, we definitely didn’t make that mistake more than twice… Also, when being given change, it will always be placed onto a plate of some sort. Don’t take it as a sign of disrespect that they won’t put it in your hand.

The mafia is a sensitive subject

You may have a fascination with Sicily because you like nothing more than a Godfather marathon when you have a weekend to yourself, but if you’re travelling to Palermo to gain an authentic experience of the birthplace of this crime syndicate, think again. La Cosa Nostra is still very prevalent in Palermo, 70% of businesses pay protection money, so be careful when asking locals about certain sites and stories that interest you, wounds are still fresh. There is a very strong anti-pizzo movement currently taking place, coupled with a likeminded mayor, but they are not out of the woods yet and museums dedicated to the pain they have caused are way off in the future.

Luckily, Palermo is largely untouched by the gentrification you see throughout tourist hot spots (I only saw 2 McDonalds’ in my whole time there). Whilst this is an attraction to some, the comfort you get from knowing what you’re getting is rarely found. Many locals don’t speak English, so try not to get by in the usual way of speaking our own native tongue until you’re convinced by their continual head nods that people have understood you. Also, local and national politics often work against the city and tend to cause general services that we would take for granted, like waste disposal, to be delayed or forgotten about completely. Tourists are only gradually becoming a priority, so whilst the condition of certain historic buildings and sites are immaculate, don’t expect every road you walk down to gleam in the sunlight.

The pedestrian is king

When crossing the road, on a crossing or not, cars will only stop for you if you walk in front of them. Don’t plan on standing timidly on the curb until a car feels sorry for you, just walk. It’ll be daunting at first, but drivers are very courteous and expect it.

If you want to experience the nightlife, head for Kalsa

You will no doubt venture through Vucciria market whilst you explore the town by day. Head to the same area by night from Wednesday onwards and you’ll be met by the previously shuttered-up windows blaring music, serving never before seen drinks & hoards of people either happily chatting to anyone or lining up for one of the nighttime-only delicacies. Speaking of which… 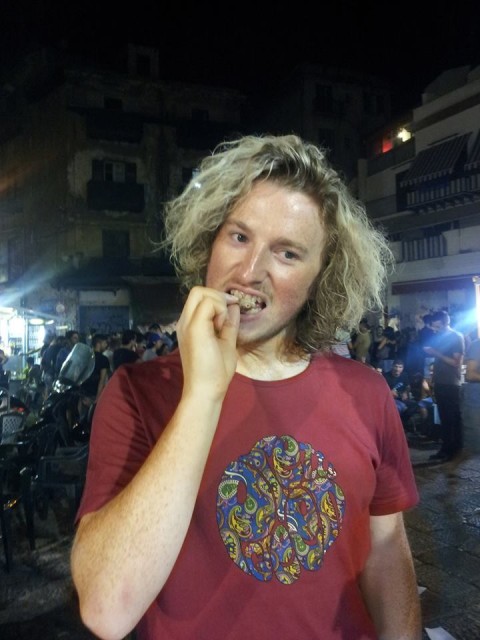 There are enough Sicilian and Palermo-an delicacies not seen outside the island for you to eat a different meal 3 times a day for a month, no exaggeration. For this reason alone, you shouldn’t be playing it safe with steak and chips at any given moment. Ask waiters what the restaurant is known for, ask locals what they’re eating and where they got it. Get given your ice cream in a brioche bun rather than in a cone? Do like the locals do & stuff your face into it. See a food stand grilling lamb intestines? Jump right in. They go down best with some salt and lime squeezed on top. Also, don’t forget to hunt down a spleen burger. Thank me later.

It may go without saying but pizza’s are far from what we get delivered to our doors on a friday night. You’re right to be excited about pizzas & pastas, but you wont find garlic bread anywhere and you’re much more likely to get a seafood medley on your plate than the array of meats we are used to.

Religion is a pretty big deal

This isn’t something you need to know, but hopefully something you’ll come to understand. Obviously religion is important worldwide, but its quite different here in that a lot of catholic churches you’ll come across have arabic influences, in some case even inscriptions and quotes from the Qur’an and other holy books. These sit happily alongside hundreds of years of other cultural features in the architecture of these magnificent buildings. Whilst Palermo is most definitely Catholic through and through, the years of invasions and foreign rulings have developed a montage dedicated to the entire world’s palette of faiths. If churches aren’t one of your interests, spare some time for La Martorana, La chiesa del Gesu & Monreale at least.. the craftsmanship alone is to be admired.

Views for next to nothing

It’s not really advertised, but when visiting the Cathedral of Palermo you are actually allowed onto the roof for a very small fee. The sight will be a highlight of your trip and one that many people miss out onBeaches.When visiting the very popular Mondello beach, be warned that unless you want to sit on the odd meter-long section of sand just above where the water reaches, you will have to pay for a spot in one of the many gated areas of deck chairs.

People are more helpful than anywhere I’ve ever been in the world. Regardless of class, language barriers, profession or race, everyone is happy to help and in many cases will go that extra mile for you. On touch down a Tunisian couple took us to & waited with us for the correct bus to get, a taxi driver that didn’t speak a word of English literally came shopping with us on a day when we were desperate for a specific item we were struggling to find, and on another occasion whilst checking out the various street foods we were offered a plate by a group of guys beside us, happy to share the wealth.So all that’s left to say is enjoy Palermo. Whether you’re headed there for its unmatched history, the sun & sand, or are passing through off the back of a diving or Mt. Etna experience, make sure you spend enough time in the streets soaking up the atmosphere and its incredible blend of culture, it always has more to give. 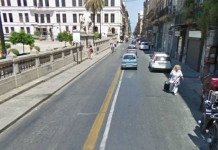 The Church of the Holy Trinity (La Magione) 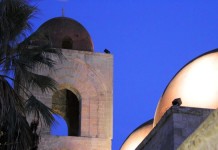 A guide to make the most of your trip 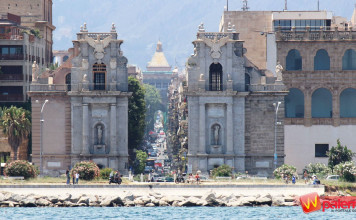